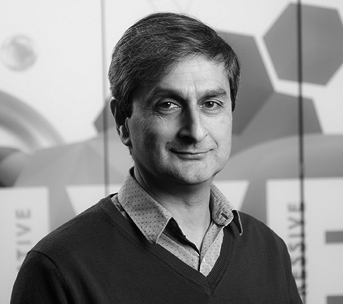 Anil co-founded Bango in 1999 and, as Chief Marketing Officer, is responsible for Bango’s marketing activities and app store partnerships, including device makers, app store providers and global network operators. Anil has extensive experience of creating successful partnerships between technology innovators and major market players in online technologies and OEMs. He is highly skilled at, and plays a central role in, both product and market strategy and success.

Before co-founding Bango, Anil developed the major partnerships for Cyberlife Technology, one of Europe’s leading computer games technology developers, which resulted in the licensing of the company’s ‘artificial life’ technology by the world’s leading games publishers including Warner and Hasbro. Before that he worked with Bango Executive Chair, Ray Anderson, to establish a technology called X.desktop, which became the global standard for the user interface software on networked computers.